ok so, I drink a lot of tea.
It\’s kind of ridiculous, but in my defense I spend so much of my time being cold!
there\’ve been several teas that I\’ve fallen in love with that I can\’t find anymore, either due to being discontinued or because of bad luck.
we\’re moving into a much smaller house so I am def gonna hafta get rid of some of the stuff I\’ve been hanging on to, like empty tea containers that I don\’t wanna forget I love.
esp since teavana is closing!  I am fixing to order from adagio but I dunno…  nobody I\’ve seen makes quite the potpourri that teavana manages 😡
so I\’m gonna blog about a few of them, and then I\’m gonna get back to stats.

Brand: Bentley\’s
Type: Rooibos
Name: Vanilla Rooibos
Bags/Loose: Bags
Ingredients: Rooibos herb, chamomile, vanilla and apple flavor
Review:  christel gave me a tin when she didn\’t like it.  I love it.  I\’ve been saving the last 3 bags for one last go.  she got it at big lots, and while I\’ve been several times I\’ve never been able to find it.  smells and tastes amazing.  absolutely requires sugar.  seriously wish I could find more of this stuff. 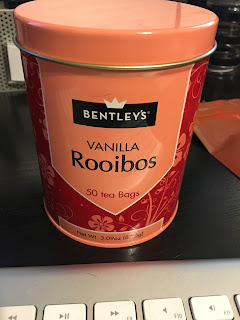 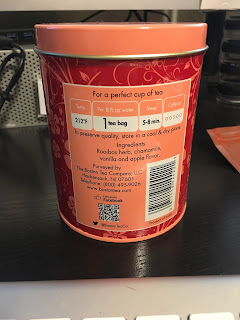 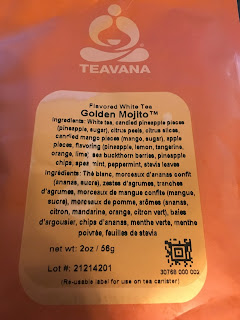 Brand: Teavana
Type: Herbal Infusion
Name: Caramel Almond Amaretti
Bags/Loose: Loose
Ingredients: Apple pieces, cinnamon, sliced almonds, beetroot pieces, artificial flavoring
Review: so, teavana still sells something called \”Caramel Almond Amaretti\” but it is definitely not the same thing.  I spent $50 on a tea-filled tin only to find it\’s actually terrible!  so RIP awesome caramel almond amaretti, you will be missed.  I actually haven\’t opened this bag, but like the bentley\’s vanilla rooibos up top, I don\’t wanna waste it on just any day.  this is special occasion tea.  it\’s like fresh socks, ya know? 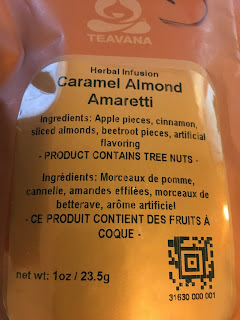 Brand: Teavana
Type: Flavored Rooibos
Name: White Chocolate Peppermint
Bags/Loose: Loose
Ingredients: White cocoa pieces, cocoa kernels, carob pieces, red rooibos, natural & artificial flavor, vanilla pieces, licorice root
Review: As a rule I strongly dislike chocolate in my tea.  my nephew came over the other night and accepted (yay!) when I offered him some tea.  he wanted some rooibos and ended up picking out this tea.  I was obviously wary, but it went way better than expected.  I finished the entire bag over the course of the next day.  so tasty!  it\’s not on teavana.com atm but I am hoping it will be coming back before they close for good. 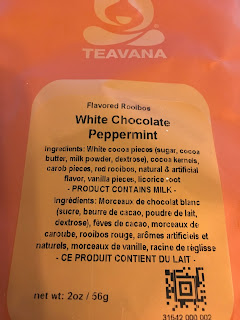 that\’s all for now folks.
if I can make it through the next 3 weeks my semester will slow down (once midterms & the src are over).
but for now, I\’m gonna make a cup of tea (surprised, aren\’t you?) and get back to stats.

unrelated:  I\’ve been on a black tea kick AND it\’s pumpkin season.  these chocolate pumpkin pie biscotti are so delicious!

edit:  as I was hitting \”publish\” the doorbell rang.  I got a tea bag organizer, so I\’m gonna fuck with that first 😡