I added lemon!
I\’ve been wanting to try it this way for-fucking-ever!
the verdict? it\’s only ok.
I will prolly do it again since I only used half a packet of true lemon, so I wanna use the rest of the packet and of course I wanna try it with fresh lemon!

also I have some turtle pecan biscotti that my sister gave me so I busted one of those babies out too. 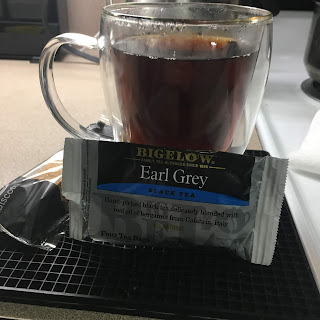 edit:
I made another round, this time using two bags of tea for the remaining half packet of true lemon.
it\’s much nicer this time with the lemon being much more subtle instead of almost overpowering.
obviously I still wanna try fresh lemon but this is working out well enough.