I ended up with about 2 teaspoons left…  clearly not enough for another pot…  so this round of tea is just gonna be especially strong.
I\’m focusing on bags that are already open with about 1 pot\’s worth of tea left.
it\’s going well, I think. 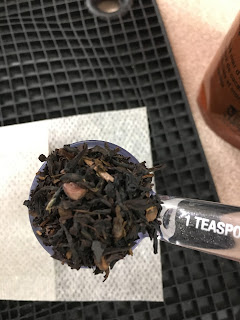 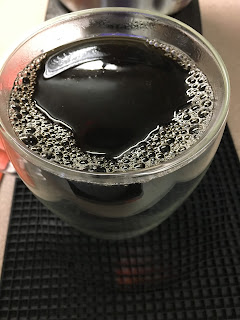 edit:
so, I added another couple of spoonfuls of sugar and the tea was still nearly undrinkable.
I\’ve now added a serving of half & half, and another few teaspoons of sugar. 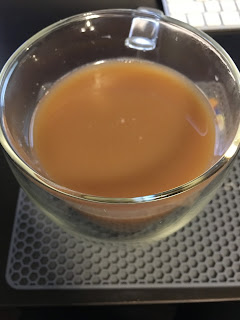 I have to drink tea two cups at a time (my tea maker requires at least 500 ml of water), and I had planned on resteeping this stuff…
but atm I\’m considering pouring this cup down the drain, as well as what\’s still sitting in my kettle.
ew.
of course, this may be because I used too much tea.
so, not blaming the tea.
still not drinking the rest of it.